One of the pleasures of writing the kind of books I write, is meeting the real experts in the field who are often astonishingly generous with time and information.  Since an important strand of my new book “Monsoon Summer,” concerns the work of an English midwife, Kit Smallwood,  who goes to India, in 1948, to work with and train local midwives, I was keen to find out if there were any modern counterparts. 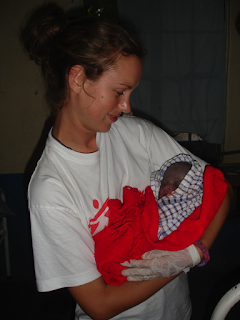 Step forward Anna Kent Alam, a 35 year old specialist midwife, who has in her time, delivered a baby (Moses) by head torch in South Sudan in the middle of a tropical storm; delivered triplets, without back up, in a mud hut in the same country, and in Haiti, after the earth quake, brought babies into the world from mothers desperately ill with cholera.

In short, an incredible life. After a nursing Masters degree from Nottingham University, she volunteered for Médecins Sans Frontières (MSF), a charity dedicated to delivering medical aid to people in need all around the world. She then formally trained as a midwife in 2010 and continued to work for MSF and for a year was the expat responsible for the female health of 30,000 refugees. She trained midwives to run a 24 hour birth unit which is free for those who need it, which still has over 100 live births per month in Bangladesh.

Anna now works in the NHS in the UK with pregnant women and their families living with HIV.
In 2015, Anna took voluntary leave from her role in the UK to teach on Bangladesh’s first ever midwifery course, a venture separate from her work with MSF. The national diploma course has now seen over 500 midwives qualify and start to help improve the health of pregnant women in their own country. 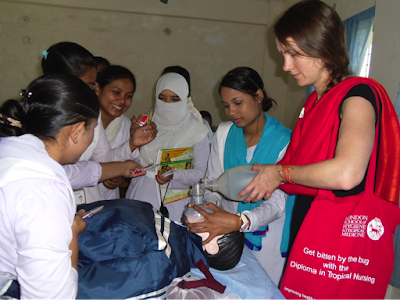 What a life, and what a coincidence, from my perspective, that Anna fell in love and married Jafar Alam, a Bangladeshi man, who is Bangladesh’s Pioneer Surfer (with his own fantastic story), whom she met when he was giving surf instruction to other humanitarian aid workers in Bangladesh (My heroine, Kit, marries Anto, an Indian doctor.) 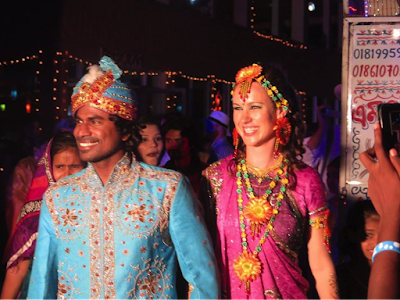 When in England, Anna and Jafar live on a narrowboat home in Beeston Lock, in Nottingham, and when in Bangladesh , where she teaches on the countries first ever midwifery course , she lives with Jafar’s family in Cox’s Bazar, a coastal town in the South East of the country.

When I asked her to describe the conditions she lives in during her various overseas postings, she said, “Often very basic. In South Sudan I was in a one man tent for a year. It was often over 50 c in the midday heat, and we had no running water or electricity. The clinic was four mud huts which I managed with one other expat nurse and 10 national staff. We saw about 1,000 patients a month.  Everything came to us: landmine victims, malaria, malnutrition, cholera, gun-shot wounds, obstructed labour. Everything. There was no other health facility and sometimes people would walk across the swamp and sand for over 9 days to get to us. If we needed to get a patient to surgery (or C-section), we had to call for a flight, the roads were too dangerous with the fighting to get to the MSF surgical facility.  Despite basic conditions and personal risk, we saved most of the lives of the people that came to us, which made everything worth it. 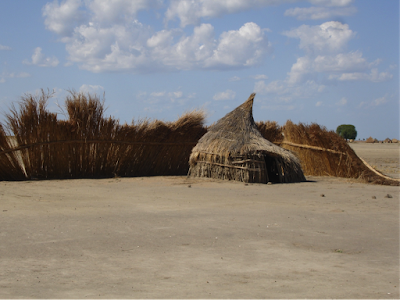 It was a privilege to be able to live amongst the local population and learn about such a different world. People in poverty can be so generous, it’s very humbling. We also had funny experiences, such as after a live delivery, the Nuer (a South Sudanese tribe) sometimes spit on your head as a sign of respect. Nice!"

It is heartbreaking that the situation in South Sudan continues to worsen. The people there have suffered to an unimaginable degree.

“In Haiti,” she told me, "finding safe accommodation was challenging as the country was so devastated by the earthquake. I slept on the hospital floor for a week as the violence in the streets blocked my exit. The hardest thing about that was knowing that the laboring women were also struggling on the other side of the violence to get to us."  A cholera outbreak, which in many cases led to spontaneous labour in the women, added to the challenges. "Some babies survived, which was a miracle, and every success kept us strong for the multitude of losses. I will never forget the women and babies we were unable to save."

She was very young, when she made her first decision to become a nurse. A Red Cross nurse was being interviewed on the television about her work during the Ethiopian famine. "I remember it ,very, very vividly. I was at home safe with my family and here were these children who were malnourished only because of the country they happen to have been born in to. They had no choice about being born in Ethiopia and into that suffering." 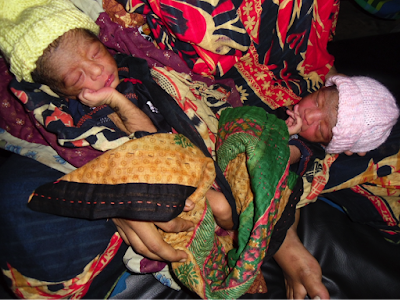 Asked during an email exchange to describe the best thing about her work, she wrote back,
” Wow! I can’t find the words. If a baby and mother is saved despite all adversity, it is awesome. But humanitarian emergencies are always extremely complex, and so discharging that woman and her precious baby back to the war, or to the slum or the refugee camp. That’s really shit.“
You can’t say it plainer than that.

This passionate, and modest young woman, who several times asked me not to put the spotlight on her, but on the women she helps, had one clear message she wanted to get over, and that is the inequality of birth.

“Nearly 1,000 women die every day from child birth across the world. Every day!
“For a woman to die in front of you just because she happens to have been born into a poor family in a poor country, that is something you never quite get over. This should be on every ones agenda as it is almost completely preventable.”
For “Monsoon Summer,” I read a great deal about conditions for village women giving birth in India in 1948. Had things improved?

“In some parts of India, yes, but, the biggest thing I felt in Bangladesh and many other resource poor countries, is that an unassisted home birth is so very dangerous, and yet they are often still the norm.  Many women naturally deliver at night, so if there is an emergency, where do they go? For those in a rural village, the only hospital maybe several hours travelling away, there may be no transport at night and for those living in poverty they may not be able to afford the transportation and treatment costs even if there is a hospital within reach.

I know I have said it before but nearly 1,000 women die every day from childbirth! Most of these are from a PPH (post Partum haemorrhage or excessive bleed after delivery). This is almost completely preventable if women have a trained midwife and quality medications which are delivered in a timely way. Plus access to an emergency Caesarian Section for the women over the world need it to save their life or that of the baby.

Can you imagine what such an experience is like for that women in that mud hut or straw hut?  It would probably be dark, smokey from the fire, and the woman would just keep bleeding out until that blood mixes with the dirt or the bedding or her sari. There may not even be electricity to see where the blood is coming from, and without someone there who is trained, that bleeding may never stop. For some families, due to lack of education, they may not prioritize the health of the woman, or somehow perceive that it is her own fault. Many just don’t recognize that there is an emergency until it’s much too late.”

“My guess would be that is the reality for women of the era and context you are writing about” Anna told me, “and it exists today for many women in our world. Countries like India and Bangladesh have made improvements in the last ten years with maternal health, but barriers can still exist if the hospitals are too far away, or if the quality of care is not good, or if the treatment costs too much. In many countries that state they give free hospital treatment, the reality is that the cost of medications or surgery means it still remains unaffordable for those living in poverty. This horrendous death toll will continue until ALL women have access to a trained midwife in pregnancy, labor and the postnatal period.

“Sorry,” she writes at the end of a long and passionate email “I could go on.  It means so much to me, hence why I am now involved in the teaching of midwives. It’s the only way to make sustainable change things for the better and now that Bangladesh has highly trained midwives that are recognized as professionals, I am hopeful we will continue to see improvements.”

If you want to know more about the work of MSF, please visit www.msf.org.uk